The peak body for dragon boating in Australia, AusDBF, has finally taken action against the crazy behaviour of our local peak body, Dragon Boat NT (DBNT). Those of you who’ve been following the DBNT saga over the past 9 months will know that the organisation was taken over by the “other” Darwin club, the Darwin Waterfront Warriors, who promptly expelled our club for no apparent reason, denying us the opportunity to compete in the 2016 Nationals and the 2016 Club Crew World Championships.

On 13 May 2016 AusDBF suspended DBNT’s membership, saying that “their continued actions within the Northern Territory are bringing the sport into disrepute”. AusDBF laid down a range of requirements for any future reinstatement of DBNT, including changing their constitution to require that more than one club is represented on DBNT, plus a host of other changes aimed at ensuring that DBNT meets its requirements as a peak body, handles complaints properly and has a satisfactory strategic and business plan.

AusDBF’s decision follows closely on the heels of an order from the NT Local Court that DBNT reverse its decision to expel our club. We took DBNT to court as a last resort after AusDBF failed to intervene and DBNT refused to agree to mediation. The Local Court is designed to be a lawyer-free, low cost option for resolving disputes. We spent a total of $266, the fee to lodge a Local Court application. We didn’t use a lawyer and suggested to DBNT that they didn’t need one either, however it appears that they spent many thousands of dollars in legal fees. In the end their lawyer agreed to the orders that we were seeking.

This is a sorry episode in the history of dragon boating in the NT. Our peak body has been shown wanting and may not survive. AusDBF is arranging for us to affiliate with another state so that we can continue to participate in national and international events. Clearly this is not ideal, but DBNT’s irrational behaviour leaves no other option.

Our club is committed to the development of the sport of dragon boating in the NT and will do everything in our power to ensure its success. We call on Darwin Waterfront Warriors and Kununurra Dragon Boat Club to work with us to grow the sport in the NT.

DBNT Constitution (no longer available on the DBNT web site) 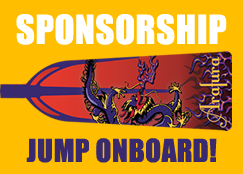